Posted by Talking Matters on 5 September 2015 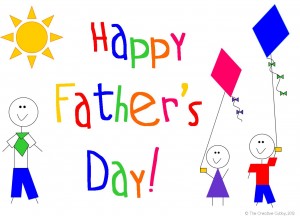 Tomorrow is Father's Day so today's post looks at why Dad's are important to kids in all kinds of ways. You probably don't need an excuse to celebrate the dad in your family but here are 10 reasons anyway, based on some recent research into child development. Across the many studies it is clear that dads often do it differently to mums but that this different style or approach is important and complimentary in helping kids grow up happy and healthy.

2. Dads can help mums of children with autism less stressed. A study from University of Illinois at Urbana-Champaign in 2015 found that "Fathers who read to their infants with autism and take active roles in caregiving activities not only promote healthy development in their children, they boost moms' mental health too....Greater involvement of fathers in caring for their children with autism may be especially important, as previous research has shown that mothers of these children often experience higher levels of stress, depression and anxiety than other mothers. 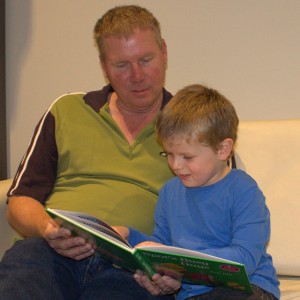 3. Dads can have a big impact on children's language development. A study from the University of North Carolina at Chapel Hill in 2006 videotaped pairs of parents and their 2-year-old children in their homes during playtime. The children whose fathers used more diverse vocabularies had greater language development when they were tested one year later.

4. Dads can reduce kids psychological and behavoural problems. Blackwell publishing reported in 2008 that "Kids with active father figures are less likely to suffer psychological and behavioral problems and having a father figure around can reduce crime and enhance cognitive skills like intelligence, reasoning and language..."Our detailed 20-year review shows that overall, children reap positive benefits if they have active and regular engagement with a father figure" said Dr Anna Sarkadi from the Department of Women's and Children's Health at Uppsala University, Sweden.

However the authors point out that it is not possible to conclude what type of engagement the father figure needs to provide to produce positive effects. "The studies show that it can range from talking and sharing activities to playing an active role in the child's day-to-day care." 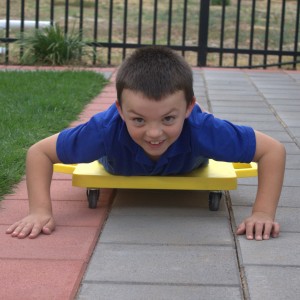 5. Dads can have a positive effect even if he doesn't live with his child. A study from Penn State in 2006 found that the relationship with dad was important even if the father didn't live in the same house as the child. "I looked at the quality of the relationship nonresidential fathers had with their children. The closer the father-child relationship -- not just the amount of visitation -- the better children were doing," said Valarie King, a Penn State associate professor of sociology.

Most of the analysis King did while studying child well-being focused on children during adolescence and how the child-father relationship affected health, behavior, grades and delinquency. Overall she found that fathers, regardless of whether or not they live with their children, must establish a close relationship and stay actively involved in their children's lives.

6. Stepdads can have an important role too. King went on to say that "many stepfathers can establish a close relationship with their stepchildren, and when they can do so, it can be beneficial for children. 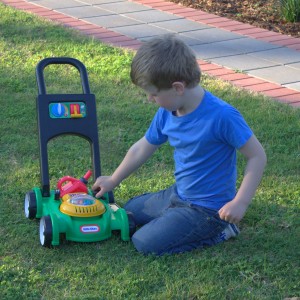 7. Dads do things differently but this can help kids. A study from the American Institute of Physics in 2015 found that dads speak differently to young children and babies.

Motherese (the high pitched, simplified way mums talk to children) is believed to be a bonding tool because it is particularly attractive to babies and young children, with its attention-catching cadence and exaggerated vocal features. So are fathers failing to engage with their children by not using babytalk?

"This isn't a bad thing at all -- it's not a failing of the fathers," said Mark VanDam, a professor in the Speech and Hearing Sciences department at Washington State, who headed the study. "We think that maybe fathers are doing things that are conducive to their children's learning but in a different way. The parents are complementary to their children's language learning," It is suggested that by talking to children more like adults than mothers do, dads help kids make links to the outside world.

8. Dads help kids learn to manage their emotions. A study by University of Illinois at Urbana-Champaign in 2007 suggests that "young children benefit when mothers and fathers differ in their reactions to their child's negative emotions".

"When a young child is angry, sad, or frustrated, the best scenario seems to be if one parent comforts and problem-solves with the child (a common style shown by mums in the study) while the other parent hangs back a bit and gives the child space to process what he's feeling, (a common style of dads in the stidy)" said Nancy McElwain, assistant professor of human development.

When that happens, the child is more likely to gain experience in understanding and controlling his emotions. He may also benefit from seeing different types of reactions, realize that there are different ways of looking at things, and thus develop more complex thinking about and understanding of emotions, she said.

"We're hypothesizing that if both parents rush in to help the child, the child doesn't have a chance to experience negative feelings and learn how to manage them," she said. 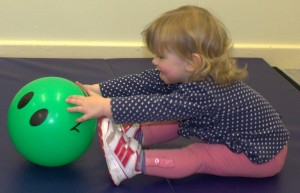 9. Dads encourage toddlers to explore the world. A study by the University of Montreal in 2010 found that fathers give toddlers more leeway and that allows them to actively explore their environments, Daniel Paquette, a professor at the Université de Montréal School of Psychoeducation, says "We found fathers are more inclined than mothers to activate exploratory behavior by being less protective," says Paquette. "The less the parent is protective, the more activated is the exploratory behavior in the child.

Paquette is convinced that mothers and fathers intervene differently in the education of a child and these complementarities benefit a child. "Even if both parents change diapers and give the bottle, they don't do it the same way," says Paquette. "By stimulating exploration, controlled risk-taking and competition, fathers provide something different to the child who will benefit greatly from this singular contribution."

10. Persistence is learned from fathers, a study from Brigham Young University in 2012 suggests. The study found that adolescents learn persistence through fathers who follow good parenting practices. As a result, these adolescents saw higher engagement in school and lower rates of delinquency.

BYU professors Laura Padilla-Walker and Randal Day arrived at these findings after following 325 families over several years. "In our research we ask 'Can your child stick with a task? Can they finish a project? Can they make a goal and complete it?'" Day said. "Learning to stick with it sets a foundation for kids to flourish and to cope with the stress and pressures of life."

"The key is for dads to practice what's called "authoritative" parenting -- not to be confused with authoritarian. Here are the three basic ingredients: